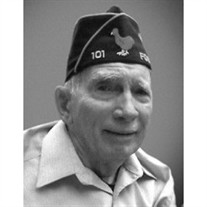 Grass, William Walter, of Foster, RI, passed away peacefully on July 7th at his home and birthplace of 90 years. He was the son of the late Alfred William and Julia Amanda Grass. He is survived by his loving wife Frances Grass and six children; Bill Grass of Providence, RI, Stanley Grass and his wife Stacy of Sandwich, MA, Cindy Caron and her husband Kelly of Kernersville, NC, Jeff McLane of North Providence, RI, Jenny Bond and her husband Donald of Brooklyn, CT and Julie Jacobs and her husband JJ of Moore, SC. Walter leaves seven grandchildren; Chelsea, Devin, Casey, Michael, Dylan, Jacob and Ellen, and one great grandchild Jack with one on the way.Walter served in World War II under General Patton™s Third Army as a private in the 258th Engineer Combat Battalion. After serving, he worked as a bricklayer and mason, continuing on to establish his own concrete business, W.W.Grass INC. As you drive around Foster RI, and Eastern CT, you will pass many a foundation that he has laid over his long career.In 2005 with the help of his dear friend, Fernando Botelho, he wrote and published the book The Finnish Episode. In 2010 he was nominated Citizen of the Year by the Foster Preservation society of which he was a member. He was also a long time member of the Vasa Order of America.Walter created a lifetime of memories on his farm where family and friends often gathered. He took great pride in rebuilding stonewalls, growing blueberries, and raising cows. He was an avid reader, storyteller and faithful lifetime member of the North Foster Baptist Church where he served on multiple boards and committees.The family gives heartfelt thanks to his caregivers and Home and Hospice of Rhode Island who have provided much loving care to Walter.In lieu of flowers you may wish to make a donation to the North Foster Baptist Church. A memorial service in celebration of Walter™s life will be held at 11AM on July 18th at the North Foster Baptist Church, 81 East Killingly Road, Foster, RI, 02825. Arrangements by Winfield & Son™s Funeral Home.

Grass, William Walter, of Foster, RI, passed away peacefully on July 7th at his home and birthplace of 90 years. He was the son of the late Alfred William and Julia Amanda Grass. He is survived by his loving wife Frances Grass and six children;... View Obituary & Service Information

The family of William Walter Grass created this Life Tributes page to make it easy to share your memories.