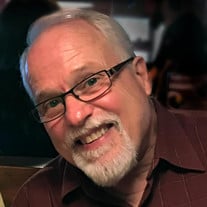 Stephen Frank Vincent, 72, passed away July 9, 2021, after a brief and unexpected illness. Born in Providence on February 19, 1949, he was a son of the late Frederick and Rachel (Traficante) Vincent. He was married to his high school sweetheart Corrine T. (Derkaz) Vincent for almost 50 years and was the devoted father of April Vincent, Mathew Vincent and his wife Joanne Vincent and Jessica Vincent Ream and her husband Matthew Ream. He was the cherished and deeply loved Papa of Zaidee Everett, Avery Ream, Cash Vincent, Ruby Ream, Coco Ream and Georgia Vincent. Steve leaves behind his beloved siblings, twin brother Fred Vincent and his wife Loraine Vincent, brother Bob Vincent, and sister Diane Vincent and her partner Kacey Booth. Steve began working at his father's restaurant in Cranston, Vincent’s Marcello’s, when he was 15 years old. After receiving his bachelor's degree from URI in Physical Education in 1972 and serving in the Army Reserves, Steve partnered with his brother Bob to run their family’s much-loved restaurant for over 20 years. Once Marcello’s closed, Steve went on to work as a chef at the Point Judith Country Club. He was also a mainstay in the kitchen of Cafe Luna, and he remembered his years there fondly. Steve built a career by taking care of other people but more importantly, he built a life taking care of his family, who meant more to him than anything else in the world. Steve was a loving and gentle husband who loved taking Sunday rides with his wife. He was a brother who was always willing to lend a hand or tell a hilarious joke. As a father, Steve loved spending time with his kids as well as helping them in any way he could, whether that be sharing a recipe for a favorite meal, watching the Red Sox, helping with projects around the house or sharing a cheap glass of red wine and a laugh. As a grandfather, Steve loved nothing more than watching Disney movies with his grandkids, cooking them their favorite meals, taking them on trips to Target to peruse the toy aisle, working on upgrades to their beautiful tree house and meticulously setting up the Christmas Village for their enjoyment. As a friend, Steve was known as a dependable, kind, and hilarious man. Multiple family and friends have been the recipients of his woodworking projects, handyman work, delicious marinara sauce, and vegetables from his garden. If there was one thing Steve wasn’t, it was idle. Somehow, he managed to be the life of the party AND the heart of the party everywhere he went. The food he made as a demonstration of his love and dedication to his friends and family, and the gatherings he carefully planned and hosted will be deeply missed. His humor, kindness and generosity were unmatched and will never be forgotten. Visitation will be held Friday, July 23, 2021, from 4:00 - 7:00 p.m. in the Winfield and Sons Funeral Home, 571 West Greenville Road, Scituate. Burial will be private. In lieu of flowers, donations in memory of Steve’s love of food and family, would be appreciated and may be made to the Rhode Island Food Bank https://rifoodbank.org/give-now/

Stephen Frank Vincent, 72, passed away July 9, 2021, after a brief and unexpected illness. Born in Providence on February 19, 1949, he was a son of the late Frederick and Rachel (Traficante) Vincent. He was married to his high school sweetheart... View Obituary & Service Information

The family of Stephen Frank Vincent created this Life Tributes page to make it easy to share your memories.