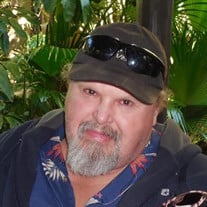 Pickering, Richard V. “Pick” , 66, of Johnston, RI, passed away on September 5, 2019. He was the beloved husband of Elaine F. (Fairhurst) Pickering for nearly 45 years. Born in Providence, he was the son of the late Walter E. and Doris L. (Sorel) Pickering. Besides his wife, he is survived by his children, Brenda Russell and her husband Scott of Coventry, RI and Jesse Pickering and his wife Elizabeth of Norton, MA. Five grandchildren: Lily, Corissa, Brooke, Aidan, and Jesse Jr. He was the brother of Robin Saunders of St. Augustine, FL. He is also survived by 4 brothers-in-law and 7 sisters-in-law; William and Caroline Fairhurst, George and Nancy Fairhurst, Carol Whelan, Robert and Lori Fairhurst, James and Jan Fairhurst, Mary and Sandy Fairhurst; one aunt, Lois Pickering of Greenville, RI as well as many cousins, nieces and nephews. Richard graduated from William M. Davies Career and Technical High School in 1973. He was a true craftsman and his passion for mechanics was unquestioned. Throughout a 45 year career in several industries he left his mark as a professional tradesman. He worked as a machinist/mechanic and welder/fabricator in the industrial cable industry for many years. When Richard wasn’t providing for his family, he was enjoying a vast collection of hobbies. He was an avid gun enthusiast and had a passion for classic cars. He served in the past as president, and currently as treasurer, of the Rhode Island Chevy Owners Association for over 20 years. Some of his other hobbies throughout his life included water skiing, high wheel bicycling, boating, scuba diving, motorcycles, dirt bike riding, camping and watching the Patriots win. Richard has left his mark but his legacy lives on through his wife, children and grandchildren. His experiences and life lessons have helped to mold the people around him. Funeral service to which relatives and friends are invited will be held Thursday September 12th at 11:00 a.m. in the Winfield & Sons Funeral Home, 571 West Greenville Rd., Scituate. Calling hours will be Wednesday 5-8:00 p.m.

The family of Richard V. "Pick" Pickering created this Life Tributes page to make it easy to share your memories.