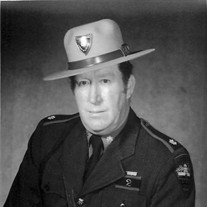 Peter J. O’Connell was born in Providence on April 16, 1921 to Mary McKiernan O’Connell and Peter O’Connell who had immigrated from Ireland. He lived to nearly his 100th birthday. Peter was raised in Mount Pleasant and attended Blessed Sacrament School and LaSalle Academy. He recently listened to the funeral Mass for his beloved wife, Fran, and mentioned that he sang some of the hymns that were incorporated in her Mass while at Blessed Sacrament School and was paid 25 cents for his efforts. His strong faith and moral values were rooted in his beloved family experience and his strict Catholic education that formulated the way he lived his private and public life. During World War II, Peter joined the United States Marine Corps and served on Midway Island in the Pacific and later in Manchuria, China. Forever a risk taker, he was often found hanging out of an airplane with an 80 pound camera to get just the right shot over enemy territory. Peter recalled long marches through enemy territory in China and the ugly direct combat. What he saw, witnessed and experienced, made profound impressions on his life. Peter was a wonderful storyteller and spoke often of his challenging days as a Marine. He was proud to serve his country. Upon returning home, he decided to pursue a life of public service. O’Connell served for twenty five years as a member of the Rhode Island State Police and thought of the State Police as his family for the remainder of his life. He held a number of top-level positions, including acting Superintendent, Executive Officer, Adjutant Patrol and Division Commander, Detective Commander, Director of Training and rising to the rank of Major. During his tenure with the State Police, Major O’Connell served as Chairman of the New England Police Intelligence Unit. He designed and implemented the New England Police Management School for State Police, which became known nationally. As part of State Police training, Major O’Connell studied at the Harvard Medical School and has been a member of the Harvard Associates in Public Services, Inc. Major O’Connell was inducted into the Rhode Island Criminal Justice Hall of Fame in 2014. While serving in the State Police, O’Connell had many jobs, including fighting organized crime, quelling prison riots and even calming out of control kids at the Newport Jazz Festival. One of the most memorable and joyful experiences however, was protecting President Eisenhower while he vacationed in Newport. Peter often told the story of President Eisenhower actually cooking a steak dinner for him. He was proud to represent the state of Rhode Island as he marched in President Kennedy’s Inaugural Parade. At the request of the then Governor Philip Noel, Major O’Connell was named the first Executive Director of the Rhode Island Lottery in May 1974 and served until his retirement in 1993 making him the longest tenured Lottery Director in the Unites States. Major O’Connell was a pioneer in the lottery field and the use of instant ticket and on-line systems. After years of promoting the concept of a multi-state lottery, Major O’Connell served a two year term as the first President of the Multi-State Lottery Association. In 1993, the Public Gaming Research Institute honored Major O’Connell with the “Major Peter O’Connell Lottery Career Achievement Award” presented for “ the principles of high integrity, commitment to the quality of the lottery, dedication to the lottery playing public, professional independence and service to the State, along with tenure in office, as exemplified by Major O’Connell. “ The award is presented annually to honor one exceptional lottery chief in the worldwide industry. The RI General Assembly authorized by then Governor Bruce Sundlum to name the RI Lottery Building, the “Major Peter J. O’Connell Building” for his dedication and outstanding service. Major O’Connell married his dear wife, Frances Knight O’Connell in 1968. They celebrated over fifty years of marriage at their home in North Scituate. They were devoted to each other, their community, St. Joseph’s Catholic Parish, and involved in numerous charitable efforts. They enjoyed national and international travel and built strong family connections here and in Ireland. They enjoyed the company of dear neighbors and friends over their many years together. Peter was pre-deceased by his loving wife Frances on January 31, 2021, he was also pre-deceased by his sister Mary Newman and his brother-in-law Edward(Emmet) Newman Sr., of Needham, MA , his brother, Thomas O’Connell of Yarmouth Maine, his niece, Susan Pooler of Concord, NH, his nephew, Edward E. Newman Jr., of Stow, MA and his brother-in-law, Joseph O’Neil, of South Kingstown. Peter is survived by his brother William O’Connell and his wife Caroline O’Connell of Santa Barbara, CA and numerous O’Connell, Newman, Dunlavey, and Minnucci nieces and nephews, great nieces and nephews and great-great nieces and nephews as well as his sister-in-law Mary Lou O’Neil, and an O’Neil niece and nephews. In lieu of flowers, donations may be made to a charity of your choice. Funeral Saturday March 20th at 8:45 a.m. from the Winfield & Sons Funeral Home, 571 West Greenville Road, North Scituate followed by a Mass of Christian Burial at 10:00 a.m. at Blessed Sacrament Church, 179 Academy Avenue, Providence. Burial with military honors will be in St. Ann Cemetery, Cranston. (face masks must be worn and social distancing will be observed) Calling hours Friday 5:00-7:30 pm. (COVID-19 restrictions apply)

Peter J. O&#8217;Connell was born in Providence on April 16, 1921 to Mary McKiernan O&#8217;Connell and Peter O&#8217;Connell who had immigrated from Ireland. He lived to nearly his 100th birthday. Peter was raised in Mount Pleasant and attended... View Obituary & Service Information

The family of Peter J. O’Connell created this Life Tributes page to make it easy to share your memories.