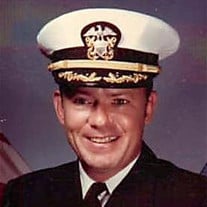 Corr, Jr., Peter S., Captain U.S. Navy (Ret.), 82, of Scituate, passed away peacefully at home in North Scituate with his wife of 40 years, Joyce Corr, by his side on Saturday, November 24, 2018. Born in Providence, he was the only child of the late Peter S. Corr, Sr. and Margaret (Fogarty) Corr. Following his graduation from La Salle Academy, Peter attended Brown University before entering the U. S. Naval Academy from which he graduated in 1958. He had a brilliant Naval career during which he received several advanced degrees, including an MBA from Harvard University. He was deep selected three times in his career as Lt. Commander, Commander, and Captain. He was commander of two ships, the King Fisher and the Barney. He was commander of the ASW Training Center in San Diego, CA. He was also aide to several admirals at the Pentagon. Peter returned to his home state in Rhode Island where he served as commanding officer at NETC Newport, RI and he was a professor at the War College. After his retirement from the Navy in 1988, Peter embarked on a second career as an Executive Purchasing Agent for the State of RI. He also served in numerous volunteer positions. He is survived by his wife, Joyce Corr, six children: Elizabeth Civinskas, Chelmsford, MA, Kathryn Walsh, Dracut, MA, Alisanne, Peter, Kristen and Jennifer Corr all of Merrimac, NH; three step children: Debra Williams, Truesdale, MO, Tina Galvin, Charleston, SC, Keith Kaufman, Cardington, OH: and five grandchildren. A funeral service to which relatives and friends are invited will be Friday, November 30th, at 11:00 A.M. in the Winfield & Sons Funeral Home, 571 West Greenville Rd., Scituate. Burial with full military honors will be in the RI Veterans Cemetery, Exeter. Calling hours Thursday 5:00-8:00 P.M. In lieu of flowers donations in his memory may be made to The Gary Sinise Foundation, P.O. Box 368, Woodland, CA 91365 or garysinisefoundation.org.

Corr, Jr., Peter S., Captain U.S. Navy (Ret.), 82, of Scituate, passed away peacefully at home in North Scituate with his wife of 40 years, Joyce Corr, by his side on Saturday, November 24, 2018. Born in Providence, he was the only child of... View Obituary & Service Information