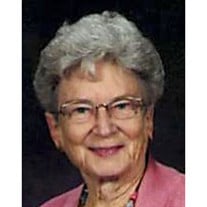 Marjorie Scranton Platt Moore, 90, of Cranston, RI passed away peacefully at the Philip Hulitar Hospice Center in Providence, RI on July 28, 2017. She had been a resident of the Scandinavian Retirement Center for the last two years. Prior to that, she lived in Mystic, Connecticut for over 50 years. Marge was born in New York City in 1927, the daughter of Philip Skinner Platt and Annetta Nicoll Platt.. She was raised in Honolulu, Hawaii from the age of two through fourteen. After Pearl Harbor was bombed, her family returned to the mainland and she graduated from high school at The Masters School in New York. She went on to graduate from Wellesley College and from the Harvard-Radcliffe School of Business Administration. Later, she earned a Masters degree in Library Sciences from the University of Rhode Island. She married Kent Moore in 1951 in Bronxville, NY and they had been married 34 years when he passed away in 1985. He was a nuclear engineer at Electric Boat in Groton. Marge worked in the human resources field until her children were born, and from then on was a dedicated community volunteer who served on the board of directors of many organizations including the Groton Public Health Association, the Ledyard/Gales Ferry Library Commission, the Pequot Woods Recreational Area, and the Ram Island Yacht Club, where she was the first woman trustee. She was one of the first two women board members of the Chelsea Groton Savings Bank, and served on that board for 26 years. She started and ran the Mystic Academy library, and was a driver for Meals on Wheels well into her eighties. For over 50 years she was an active member of the Mystic Congregational Church, and served on numerous church committees through the years. In 2012 she was honored as Recognized Woman by the church™s Women™s Fellowship at the annual meeting of the Connecticut United Church of Christ. Marge was a sailor, a golfer, a bridge player, a world traveler, and a fan of the UConn Huskies Women™s Basketball team. But first and foremost, she was a loving wife, mother and grandmother, a loyal friend, and a tireless volunteer in her community. She is survived by her daughter and son-in-law, Marnie and Scott Young of Cranston, by her grandchildren, Philip and Katherine Young, both of New York City, by her brother, David Platt, by her daughter-in-law, Leslie Richter, and five nieces and nephews. She was predeceased by her son, Robert Kent Moore. In lieu of flowers, donations may be made in Marge™s name to the Mystic Congregational Church and the Mystic & Noank Library. A memorial service will be held on Saturday, August 26, 2017 at 10:00 a.m. at the Mystic Congregational Church, 43 East Main St., Mystic CT 06355. The funeral home of Winfield & Sons, Inc. of Scituate, RI is assisting the family.

Marjorie Scranton Platt Moore, 90, of Cranston, RI passed away peacefully at the Philip Hulitar Hospice Center in Providence, RI on July 28, 2017. She had been a resident of the Scandinavian Retirement Center for the last two years. Prior to... View Obituary & Service Information

The family of Marjorie Scranton Moore created this Life Tributes page to make it easy to share your memories.