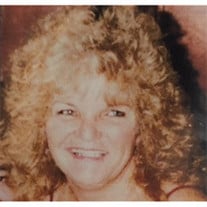 Margaret Mary Duclos (\\\"Maggy\\\" to her friends), 72, passed away on March 10, 2017 at Hope Hospice Center in Providence. She had resided in Johnston for many years prior to illness. She was born on July 31, 1944 in Providence to the late James and Mary Beard of Chepachet, RI.Margaret lived her childhood in Chepachet until her marriage to the late Raymond E. Duclos. They later raised their family in Foster. She was employed for many years at Star City Glass.She was the loving mother to daughters , Lorie Duclos of Providence, Donna (Rick) Clark of Smithfield, Robin (Frank) Gaudiana of Foster, and Lisa Duclos of Providence. She leaves a stepdaughter, Debra White of North Providence. She also raised her granddaughter, Casey Duclos, until becoming ill in December, 2015. She loved her family unconditionally.She was a proud and loving grandmother to Michael (Stacy) Lovelace, Jamie (Samantha) Duclos, Christopher Duclos, Mary Gemma, Mathew Gemma, Robert Mayo, Frank Gaudiana, Amanda Gaudiana, Andrea Gaudiana, and Casey Duclos. She was pre deceased by grandsons Joey and Zachary White.Margaret was survived by 2 great grandsons, Roger \\\"Rocky\\\" Elwell and Parker Lovelace. She also has a great grandson, Noah, and great granddaughter, Ryleigh, on the way.She was loving sister of James (June) Beard of Chepachet, Robert (Theresa) Beard of No Scituate, Patricia Carlton of No Scituate, Evelyn (John) Pernorio of No Providence, and Richard (Ana) Beard of Providence. She also leaves many nephews,nieces, and cousins.Margaret was a kind and generous woman with a heart of gold, and a great sense of humor! She will be missed greatly!A memorial service will be held on Thursday March 23, 2017 at 10:30 AM in the Winfield and Sons Funeral Home, 571 West Greenville Road, Scituate.

Margaret Mary Duclos (\\\"Maggy\\\" to her friends), 72, passed away on March 10, 2017 at Hope Hospice Center in Providence. She had resided in Johnston for many years prior to illness. She was born on July 31, 1944 in Providence to the late... View Obituary & Service Information

The family of Margaret Mary Duclos created this Life Tributes page to make it easy to share your memories.