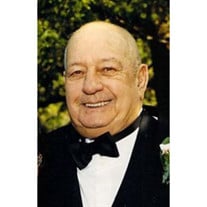 Monroe, Lyle G. 85. Entered his eternal resting place peacefully in his sleep on Friday, October 20, 2017. Lyle was the son of the late Walter B. Monroe, Sr. and Clara M. Monroe (Everett) and was a life-long resident of Scituate. He was the husband of Shirley M. Monroe (Gilbert) for 63 years and was the proud father of 8 children-Marla J. Monroe of Scituate, Wayne A. Monroe (wife Debbie) of Coventry, Keith M. Monroe (wife Rachel) of Johnston, Rebecca S. Carpenter (husband David) of Dracut, Massachusetts, Wanda B. Monroe of Scituate, Wendy E. Peckham of Scituate, and Donald G. Monroe (wife Holly) of Cranston, and the late Glenn M. Monroe. In addition, he was the grandfather of fifteen grandchildren and the great grandfather of ten great grandchildren. Also, he was the brother of the late Morgan M. Monroe, Walter B. Monroe, Jr., Franklin P. Monroe, Minnie L. Staystork (Monroe), Wilson W. Monroe, Mary L. Monroe, and Clarence A. Cooke and the uncle of several nieces and nephews. Lyle was a very hard worker a quality that he instilled into his children. He was the kind of individual that would give you the shirt off his back if you needed something. Lyle was a big animal lover and raised and showed 22 Saint Bernard dogs for 20 years and owned and operated Shady Oak Kennels. In addition to his family, Lyle had an immense passion for firefighting. He was a volunteer firefighter starting at the age of 12 for the North Scituate Fire Department for 35 years and served as deputy chief and is an honorary member, the Chopmist Hill Fire Department for 5 years and served as lieutenant, and the Potterville Fire Department for 7 years and served as Deputy Chief. In addition, Lyle was the past president of the Woonasquatucket Valley Fireman's League. Also, he was the past Master of the Chepachet Grange. Lyle and his wife owned and operated the Scituate Sanitation Systems, Inc. for 50 years along with their 8 children. Lyle had an ingenious mind for he was always creating a contraption for a specific purpose. He was blessed with the gift of gab for he liked to talk to everyone and anyone about everything and anything, told it like it was, was never lost for words, and liked to tell a good joke. Lyle™s favorite holiday was Christmas and was definitely Santa Claus with presents for his children and grandchildren. He also loved the ocean and would visit Cape Cod with his wife and family whenever the opportunity presented itself. Lyle loved to play the guitar and would play any chance he could. He will be deeply missed by his wife and family. The family would like to deeply thank the staff of Hope Hospice & Palliative Care for all their help and support with their father. In lieu of flowers, memorial donations can be made to Hope Hospice & Palliative Care, 1085 North Main Street, Providence, RI 02904 or HopeHospiceRI.org. Calling hours will be Saturday, October 28th from 10:00 A.M.-12:00 Noon and funeral services will immediately follow at Winfield and Sons Funeral Home, 571 West Greenville Road, Scituate, Rhode Island. Burial will be private.

Monroe, Lyle G. 85. Entered his eternal resting place peacefully in his sleep on Friday, October 20, 2017. Lyle was the son of the late Walter B. Monroe, Sr. and Clara M. Monroe (Everett) and was a life-long resident of Scituate. He was the... View Obituary & Service Information

The family of Lyle G. Monroe created this Life Tributes page to make it easy to share your memories.