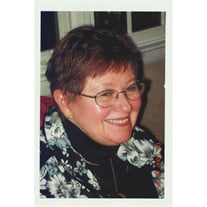 Williams, Leanne passed away on Thursday morning, September 18, 2014, at Rhode Island Hospital in Providence. She was surrounded by her loving family and friends.Born in Ft. Wayne, IN, she was the only daughter of Joseph B. and Marlowe L. (Hammond) Williams, who later resided in Honolulu, HI.Leanne was the beloved mother of her children, The Rev. Michael R. Cheney and his wife Dana of Northborough, MA, Elizabeth M. Nappa and her husband Joseph of Warwick, and Mark W. Cheney of Warwick. She was a devoted and loving grandmother to five cherished grandchildren and one great-grandchild, Joseph A. Nappa, Jr., Stephanie L. Nappa, Holli J. Robinson, Atira H. Cheney, and Vanya F. Cheney, and great-grandson Gavin Z. McGrath. Leanne was also a foster mother to countless children when she resided in Fitchburg, MA.She received her Bachelor\\\'s and Master\\\'s degrees in Social Work from Rhode Island College. She went on to work in the field while living in Providence, and Warwick, and later moved to Coventry where she continued to work in the service of others until her health began to fail. She moved back to Warwick where she continued to be the loving and devoted foundation of our family. She loved being with her friends and family at every opportunity. Even after death, our mother continued to give with the gift of tissue donation. Our loving Mother will live on through those who receive her donations. We will gather together in honor and celebration of her most precious life.Memorial Service of Thanksgiving for Leanne Williams Pilgrim Lutheran Church 1817 Warwick Avenue, Warwick, RI 02889 Saturday, October 11, 2014 at 2:00 PM In lieu of flowers, donations can be made in her name to The American Heart Association, PO Box 417005, Boston, MA 02241-7005Leanne™s family invites you to join them for a time of fellowship in the Christian Life Center, located inside Pilgrim Lutheran Church, immediately following the service.

Williams, Leanne passed away on Thursday morning, September 18, 2014, at Rhode Island Hospital in Providence. She was surrounded by her loving family and friends.Born in Ft. Wayne, IN, she was the only daughter of Joseph B. and Marlowe L. (Hammond)... View Obituary & Service Information

The family of Leanne Williams created this Life Tributes page to make it easy to share your memories.