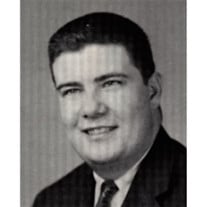 Joseph Francis Wolfe 1938-2015Joseph Francis Wolfe, 77, son of the late Patrick Joseph and Sarah Marie (McElroy) Wolfe, immigrants from Waterford and County Tyrone, Ireland, died July 14 at Roger Williams Medical Center. He was predeceased by his sister, Marie Curran of Providence, RI, as well as his beloved niece, Kathleen Curran of Providence, RI.Beloved by many, Mr. Wolfe left behind friends from a variety of walks of life, including his dear friends Shelagh Goulis and Paulie McCann.Born in Providence, Mr. Wolfe was a graduate of LaSalle Academy class of 1956 and received a Bachelor of Arts degree from Providence College in 1960. From History Club to his degree in history to family history, Mr. Wolfe took a keen interest in the past. A born storyteller, he used his remarkable memory to bring both the personal and political life of Providence into clear focus.A lifelong Providence resident except when serving with the Army of the United States in the 1960s, Mr. Wolfe then embarked on a 31 year career in social services with the RI Department of Social Welfare, rising to the rank of Supervisor. A later achievement, of which he was proud, was 22 years of sobriety.With an eye for a pretty companion and an ear for Irish music, Mr. Wolfe could often be found enjoying both in local establishments, such as Stone Soup Coffeehouse and Ward™s Publick House.Cremation took place at Winfield and Sons Funeral Home, North Scituate, RI. A celebration of his life will take place on Sunday, July 26th at 11:30am at Bell Street Chapel, 5 Bell Street, Rhode Island 02908, and contributions in his memory may be made to the Bell Street Chapel Unitarian Universalist Congregation at that address.

The family of Joseph Francis Wolfe created this Life Tributes page to make it easy to share your memories.