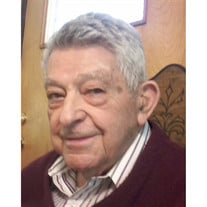 Duhaime, Joseph Francis., 89 of Rocky Hill Road, Scituate died December 19, 2015 at the Rhode Island Veteran™s Home, Bristol. He was the husband of the late Irene R. ( Olivier ) Duhaime.Born in Providence he was the son of the late Albert and Marie Louise ( Breard ) Duhaime. Mr. Duhaime along with his late wife were longtime residents of Rocky Hill Road in Scituate.Mr. Duhaime was a self employed carpenter and was co-owner of A. A. Duhaime and Sons, Inc of Scituate, which was founded by his late father Albert Duhaime. Mr Duhaime was President of the company before retiring in 1990 after 35 years.Mr. Duhaime was a Navy Veteran of WWII, a member of the Carpenter™s Union and a Communicant of St. Joseph™s Church in Scituate.Mr. Duhaime is survived by 5 sons, David F. Duhaime of North Providence, Paul M. Duhaime of Coventry, Denis A. Duhaime of Niceville, FL., James A. Duhaime of Lake Placid, NY., Michael D. Duhaime of Smithfield, 2 daughters, Elaine S. Duhaime of Spargue, CT., Diane M. Lang of West Nyack, NY., 11 Grandchildren and 3 Great Grandchildren. He has 1 brother Gilbert E. Duhaime of Scituate and he is also brother of the late Albert A. Duhaime Jr, Marie D. Duhaime and Rev. James H. Duhaime.A Mass of Christian Burial will be Celebrated Tuesday December 29 at 10am in St. Joseph™s Church, Danielson Pike, Scituate. Friends and Family are invited and may call Monday December 28 from 5-7pm in the Winfield & Son™s Funeral Home, 571 West Greenville Road, Scituate. Burial in the Rhode Island Veteran™s Cemetery is Private and at the convenience of the family

Duhaime, Joseph Francis., 89 of Rocky Hill Road, Scituate died December 19, 2015 at the Rhode Island Veteran&#8482;s Home, Bristol. He was the husband of the late Irene R. ( Olivier ) Duhaime.Born in Providence he was the son of the late Albert... View Obituary & Service Information

The family of Joseph Francis Duhaime created this Life Tributes page to make it easy to share your memories.