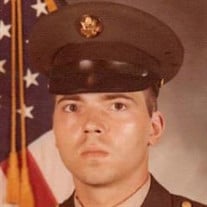 On the afternoon of Christmas Eve 2019, James Patrick Scanlon, loving husband and father of two daughters unexpectedly passed away James was born January 16th, 1958 in Pawtucket, RI to Robert and Rita Scanlon, (née Barthe). He graduated high school and enlisted in the US army where he completed basic training at Fort Dixon and graduated at the top of his class. A natural born leader and provider, James worked in the textile business for over 30 years and served as Union President. On July 5th, 1986 he married his soulmate, Elena Scanlon (née Diaz). They lovingly raised two daughters, Christina and Stephanie, as well as two granddaughters, Viviana and Valentina. Strong and solitary, James enjoyed rock music, cooking, and movies. Family road trips were some of his favorite memories. An admirer of animals and nature, his dogs, Boomer and Nikita, held a special place in his heart. James was preceded in death by his father Robert James Scanlon I. Survived by his wife Elena, two daughters, Christina and Stephanie, two granddaughters, Viviana and Valentina, his Mother Rita, 92, and his older brother and best friend Robert James Scanlon II, to whom many enthusiastic debates were shared with. Although his time was drastically cut short, his influence and memories shared with his loved ones will last a lifetime. A Memorial Service for James will be held on Friday, January 10, 2020 at 11:00 a.m. at Darlington Congregational Church, 685 Central Avenue, Pawtucket, RI, 02861 with collation to follow.

The family of James Patrick Scanlon created this Life Tributes page to make it easy to share your memories.

On the afternoon of Christmas Eve 2019, James Patrick Scanlon,...