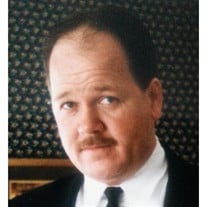 James Michael Roche, age 57.Died unexpectedly at home 25A Mount Hygeia Road, Foster, Rhode Island) on Wednesday, February 3, 2015.He was born May 16, 1957, in Providence, RI, son of the late James William Roche and Marguerite (Powell) Roche.When he was young, he was a choir boy and altar boy at St. Mary™s Church in Providence, Rhode Island, and attended elementary school at St. Mary™s School.He attended North Scituate Junior/Senior High School and was on the football and baseball teams.James worked as an EMT and Volunteer Fire Fighter in Hope, Rhode Island and loved helping people. He also worked as a machinist at Brown & Sharp Manufacturing but was most widely known as an antique auctioneer throughout New England. He spent numerous years in the Antiques world and was well-known and respected for his auctioneering. He dedicated his life to his family, antiques and also loved sports. He loved the Patriots and Bruins like a true New Englander. James also loved all the animals at home - took great care of them and spoiled them rotten.He is survived by his sisters: Colleen Dinges (Rhode Island), Mary Cooke (New Hampshire) and Marguerite Roche (Rhode Island) and by his brother William Roche (Rhode Island), and step-brother, Danny Casey (New Hampshire),He was previously married to Allyson Roche (Rhode Island) and remained best friends with her over the years. He is also survived by numerous nieces, nephews, aunts, uncles, brothers-in-law, sisters-in-law, and cousins who adored his humor and laughter. He is also the brother of the late Kevin Roche.Funeral Arrangements are:Funeral Saturday, February 14th, from the Winfield and Son Funeral Home, 571 West Greenville Road/RT 116, North Scituate, RI at 8 am. Followed by a Mass of Christian Burial at The Church of St. Mary™s on Broadway in Providence, Rhode Island at 10 am.Calling hours, Friday, February 13th, 4-7 pmFollowed by a post-funeral reception at the Potterville Fire Department Hall, 953 Tunk Hill Road in Scituate, RI.In lieu of flowers, donations can be made to:GoFundMe.com/JamesMRocheFund

The family of James Michael Roche created this Life Tributes page to make it easy to share your memories.