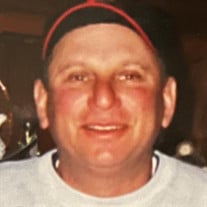 James Matthew Lucia, 65, of North Kingstown, RI, died peacefully on May 4, 2022, surrounded by loved ones after a tough battle with cancer. James was born January 31st, 1957, in Providence, Rhode Island and is the son of Martha (Hazarian) Lucia of Cranston and the late Raymond Lucia. James graduated from Cranston West High School in the class of 1975 and from Boston College with a degree in Political Science and English. He also was a graduate of the Turf School Program at the University of Massachusetts Amherst. As a lover of the outdoors, he held many jobs in the snowmaking and golf course industries; including those at Heavenly Valley Ski Resort, Killington Ski Resort, Yawgoo Valley Ski Area, Point Judith Country Club, Alpine Country Club, among others. He worked at Bryant University for 19 years as a grounds keeper and grounds manager until retiring in 2022 for health reasons. Beyond his work, James was an Eagle Scout, and loved making memories with his family. You could find him skiing in the winter and traveling up to Vermont in the summer with his wife and daughter. He is survived by his loving wife Laurie (Shirley) Lucia, to whom he was married for 27 years, his daughter Megan (Lucia) Pfaff and her husband Wyatt Pfaff of Florida, his brother Raymond and sister-in-law Cynthia Lucia of New York, his brother Richard and sister-in-law Elisa Lucia of Rhode Island, and their children Gwenivere and Charles Lucia. James was an exceptionally hard-working husband, father and colleague who cared so much for others and would want his memory to live through them. Visitation will be held Tuesday, May 10, 2022, from 4:00 - 6:00 p.m. with a service at 6:00 p.m. in the Winfield & Sons Funeral Home, 571 West Greenville Road, Scituate, R.I. In lieu of flowers, the family asks that you send donations to FirstTee.org.

James Matthew Lucia, 65, of North Kingstown, RI, died peacefully on May 4, 2022, surrounded by loved ones after a tough battle with cancer. James was born January 31st, 1957, in Providence, Rhode Island and is the son of Martha (Hazarian) Lucia... View Obituary & Service Information

The family of James Matthew Lucia created this Life Tributes page to make it easy to share your memories.