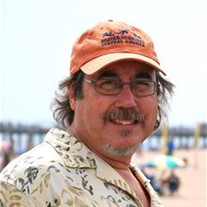 James F. Edwards died peacefully on January 18, 2019 in Providence, where he was surrounded and comforted by the love of his family. Jim was born in Mount Vernon, NY, and spent most of his childhood in Palos Heights, IL before moving to Redding Ridge, CT. Jim attended Canterbury Academy and spent time studying abroad at the International School in Paris. After graduating from Brown University in 1968, Jim made Providence his permanent home with a vacation lake house in Windsor, MA International travel was one of Jim’s passions. His adventures began in1968 starting in Tunisia. He traveled through Algeria, solo trek hitch-hiking across the Sahara Dessert and throughout West Africa. Upon his return he worked as General Manager at India Imports of RI. Jim brought a team of friends to The Gambia, West Africa to set up West Africa Exports, a garment manufacturer/exporter. This lead to the start of Allegro rtw, an apparel company owned by Jim & his wife requiring extensive travel to India. In his later professional career, Jim developed technical apparel for Etonic and McGregor Golf. Jim wrote two books about his travel adventures overseas. He was an avid storyteller. Jim loved baseball and was a longtime coach at the Fox Point Little League. He also played in a senior softball league. Jim was a religious education teacher for 25 years at the First Unitarian Church of Providence and was active in social justice causes. Reverend Jim was honored to have officiated both his sons’ weddings. His family brought him much joy. Jim is survived by his wife Dena Quilici of 44 years (coincidentally, met Dena returning from the Woodstock Festival in 1969), his two sons Jameson Edwards, wife Christina Lovely and granddaughter Olivia, Tyler Edwards and wife Jordan Steinberg, and foster son Jordan Ellinwood. A memorial service will be held on Saturday, February 16, 2019 at the First Unitarian Church of Providence, 1 Benevolent Street, Providence at 10:30 followed by a Celebration of Jim’s Life at The Waterman Grille, 4 Richmond Square, Providence from 12:00 – 3:00 In Jim’s memory, donations can be made to Refugee Dream Center https://www.mightycause.com/organization/Refugee-Dream-Center

James F. Edwards died peacefully on January 18, 2019 in Providence, where he was surrounded and comforted by the love of his family. Jim was born in Mount Vernon, NY, and spent most of his childhood in Palos Heights, IL before moving to Redding... View Obituary & Service Information

The family of James F. Edwards created this Life Tributes page to make it easy to share your memories.