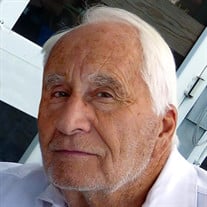 George A. Ellingwood, 80, passed away October 11, 2021. He was the son of the late George and Waitie Ellingwood; cherished husband of the late Mary Rose Ellingwood and devoted father of his children: son George A. Ellingwood Jr. and his wife Dotty, daughter Lori Zoglio, and son Mark Ellingwood and his wife Susan. He was the cherished grandfather of Amanda Vieira, Noah Ellingwood, Kyle Martin, Stacey Martin, Nickie Allen, Nathan Ellingwood, Jennifer Tipton and great-grandfather of Brianna Edwards, Amachai Pollock and Emma Allen. He is survived by his dearest brother David Ellingwood and his wife Loxi of Hope, RI. He is predeceased by brothers, Harvey and Victor. He was raised in Hope, RI with most of his youth being involved as an active athlete playing football, basketball and baseball. He was in the first graduating class of Scituate High School. He then went on to serve in the Army, stationed in both the U.S and Germany. After his years of military service, he used the GI Bill to obtain his Associate’s Degree in Criminal Justice from Salve Regina University. He served as an officer in the Scituate Police Department after he left the Army and up until his retirement as a lieutenant. He attended the FBI academy during his active years as an officer to support detective investigative skills on the local police force. In his retirement he was a co-owner and realtor of Scituate Realty. His retirement offered him time to explore his many interests in the arts and antiques. He was an avid collector of Native American Art, Paintings, Pottery, and Jewelry. His retirement also provided him years of experiencing the joys of being a grandfather, spending immeasurable quality time with his wife as supportive caregivers to his grandchildren. In his later years, he and his wife Mary spent much of their winters in Florida enjoying living on the gulf coast frequenting many beaches and state parks. They enjoyed hosting many family vacations with children and grandchildren both at their home in Hope, RI and Englewood, FL. He left behind an immense art collection but most importantly an immense amount of family memories. He will be forever missed. He was a quiet man who enjoyed expressing his love through gift giving and as a result his loved one’s homes remain full with trinkets and memories. He was truly loved by his family and each one of us have numerous treasured stories to tell about our time together. At the end of his life he expressed his being grateful for us. We too are blessed that we had the opportunity to share with him, that we were also grateful for him. We will continue to share his many stories in his memory. The Funeral Services are private for immediate family.

The family of George A. Ellingwood created this Life Tributes page to make it easy to share your memories.