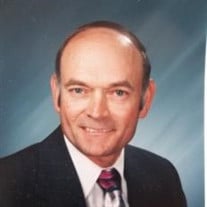 George Coral Boisvert (76), beloved husband, father, grandfather, brother, uncle, teacher, coach, and friend, died in his Glocester, RI home with his wife Karen and dog Slater by his side on Sept 10, 2020. He was born on Sept 3, 1944 in Woonsocket, RI to parents Florence Houle Boisvert (1918-2011) and Alphonse Boisvert (1913-1966,) both immigrants from Quebec, Canada. George was the second oldest of eight children. He leaves behind his older brother Charlie Boisvert (Connie) of Woonsocket, Roland Boisvert (Paulette Gugiere) of Woonsocket, Lucille Dalton (Tom) of Cumberland, Muriel Mis (Peter) of RI and Florida, Pauline Beaudreault (George) of North Providence and Ronald Boisvert (Gloria) of Ohio. He was predeceased by his brother Richard Boisvert (Joan) of Washington. George married Karen Tootell, August 4, 1974 and shared three wonderful children and five grandchildren. George’s children adored him and called him every day for financial or life advice and news of the day. His children and grandchildren meant the most to him and were always excited to play hide and seek or dolls with grandpa. He was a loving father to daughter Stephanie Canal (Richard) and granddaughters Cadence and Camille of Maple Hill, NC, son Bradford Boisvert (Mandi) granddaughters Paige and Sadie, of Glastonbury, CT, and daughter Justine Boisvert (Stephen Lenz) grandson Jackson Lenz of Barrington, RI. Most devastated is his four year old labradoodle, Slater who was by his side to the end. He also leaves behind many nieces and nephews whom he treasured and was predeceased by his godson Jeffrey Boisvert. George credits his childhood of poverty and close family unit for instilling his drive, strict discipline, financial prowess, focus on education and dedication to others. On Easter Sunday in March of 1959, at the age of 14 George left to become a Sacred Heart brother where he spent time in Burrillville and Pomfret, CT before teaching in Sharon, MA. He taught, coached and acted as the athletic director at McDonalds High School for two years in Montreal, Canada. After he left the brothers he achieved his B.A of Education from St. Michael’s College, VT and then returned to Rhode Island, accepting a history teaching position at North Smithfield High School in 1968. He completed his Masters in Education at Rhode Island College in 1973 and remained at North Smithfield for twenty-seven years, coaching baseball and basketball along the way. George was a vivacious teacher, known for jumping on desks to bring historical events to life in the classroom, many of his students winning the RI History Day Fair and at the National level. He helped coordinate and chaperoned student trips to Europe, and created an environment where students learned how to think not what to think. He retired from teaching after 32 years in 1995. George touched many lives through his knowledge of history, sports, coaching, financial expertise, travel, sense of humor and willingness to help everyone. He was the thriftiest of spenders and loved nothing more than bargain shopping. He believed his golf skills matched Tiger Woods but there has not yet been a family or friend who agrees with this assessment. There was nothing George loved more than his family and community. He spent years as a volunteer coach at local track meets and through the Burrillville/Glocester Youth Soccer Association, Ponaganset Girls and Boys Basketball Association and the Glocester Youth Girls Softball Association. He dedicated his week nights and weekends supporting and watching all three of his children playing sports from youth leagues through college. A video cameraman he was not, as he was often too busy yelling at the referees consequently capturing most footage of grass on the soccer field or bleachers on the basketball courts, but he was always on the sidelines. He was delighted watching his grandchildren participating and enjoying sports as much as he did. George was an avid New England sports fan and there was a constant stream of Patriots, Celtics, Red Sox, Bruins and Revolution games in the home. He loved watching URI and was a season ticket holder of the URI men’s basketball team until his health began to decline. George loved traveling with his wife before kids, with kids and in their senior years, even with their grandchildren. They loved cruising and traveling overseas with their children and friends. Over the years they camped in a tent, Volkswagen camper, truck camper, winter camped so they could ski and snowmobile, motorcycle camped with a pup tent then bought two old Minnie Winnies which they traveled with their family for ten years each. When he was teaching they camped during the summer and holidays during the year even driving through Central America to the Panama Canal in 1972. In 2008 they bought their beautiful blue Fleetwood Pulse Sprinter RV which they loved for the last 12 years. In retirement they camped across the country and Canada every year for trips, some as long as six months at a time. George and Karen loved the friends they met on these trips and have kept in contact with many of them. George had many close friends. Some of them he backpacked through Europe and the USA with. George loved to play games and cards and especially loved to golf with his buddies every week He will be sorely missed by his family and friends. A little Frenchman with a personality larger than life he was lovingly referred to as “Big Guy” by his family. In his final days he said to his children that he hoped he was a good dad. As a dad he was nothing but the best. To his wife he said “We had a good run. We are lucky to have such a great family,” and quite the run they did. Until we meet again he will be forever loved, forever missed and never forgotten. A celebration of his life will be held next year and the burial will be private.

George Coral Boisvert (76), beloved husband, father, grandfather, brother, uncle, teacher, coach, and friend, died in his Glocester, RI home with his wife Karen and dog Slater by his side on Sept 10, 2020. He was born on Sept 3, 1944 in Woonsocket,... View Obituary & Service Information

The family of George Coral Boisvert created this Life Tributes page to make it easy to share your memories.