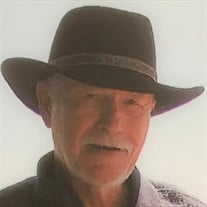 Gary D. Bache, of Coventry, RI passed away on September 27, 2019 at 76 years old. Born December 23rd, 1942 in Providence, RI, he was the son of the late Frederick Bache and Madeline Boucher Bache. Gary was predeceased by his son, Kevin Gerald Bache. And survived by former spouse, Geraldine Bannon Plummer. He is survived by his daughter, Kerri Bache Brennan, husband George Brennan and grandson, Nicholas Brennan. His lifelong partner in crime, Karen Johnson of Coventry and her daughters, Becky and her husband George Corey of Maine, Leslie Johnson and son, Dylan Powers and daughter, Reese Powers of Warwick. Also survived by his brother, Dennis Bache of VT; sister, Barbara Plummer and husband Peter Plummer of KY and sister, Linda Thomas of NC; seven nieces and nephews; Jeff Plummer and Jennifer Hay of KY; Christina Bache of FL; Michael Bache and wife, Sarah Bache of VT; Sarah Bache Avery and husband Kevin Avery of VT; Judy Bache Schantz and husband Dave Schantz of VT; Andrew Bache of VT; nine great nieces and nephews; Ashley Hay, Eric Hay, Heather Plummer, Bethany Plummer, Gabriel and Ian Bache, Orrin and Austin Avery, and one great-great niece, Lillian (Hay) Thompson. Gary was a graduate of Bryant College and earned his degree in accounting. His passion for organization and proficiency with numbers served him well. He was an avid golfer, tennis player and an occasional ping pong expert on New Year’s Eve. Karen introduced him to horses which led to their investment in a small farm in Greene they enjoyed together for over a decade. His mother’s sense of adventure sent them on a journey to Arizona to fulfill his mother’s lifelong wish to see the Grand Canyon. Gary also enjoyed vacationing in Florida with his daughter, son-in-law and grandson at Christmas time. He often disappeared on Christmas Eve to do his last-minute shopping which concluded in the afternoon with libations at Bert’s Bar & Grill in Matlacha. At the end of each day Gary would find solace at Club Jogues, where he discovered a sense of community with the “College of Knowledge” crew. A Funeral Service will be conducted on Saturday October 5th in the Winfield & Sons Funeral Home, 571 West Greenville Road, North Scituate, RI. at 10:00 a.m. The family will receive friends on Friday from 4:00-7:00 p.m. at the funeral home. In lieu of flowers, memorial donations may be made in Gary’s honor to Club Jogues,184 Boston St. Coventry, RI 02816.

Gary D. Bache, of Coventry, RI passed away on September 27, 2019 at 76 years old. Born December 23rd, 1942 in Providence, RI, he was the son of the late Frederick Bache and Madeline Boucher Bache. Gary was predeceased by his son, Kevin Gerald... View Obituary & Service Information

The family of Gary D. Bache created this Life Tributes page to make it easy to share your memories.