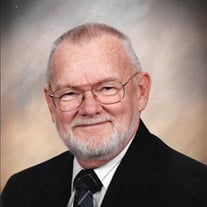 On Wednesday, March 24, Major Franklin Greene Arnold, USAF (ret), passed away of complications related to Alzheimer’s, having completed a full life’s journey. This remarkable journey began in 1929 when he was born to Preston F. and Louise Tracy Arnold of Barrington, RI. He left college to join the US Air Force in 1952, marrying the love of his life, Natalie Prétat the following year. A twenty-year career as fighter pilot, instructor, and operations planner took him and his growing family around the world, including France, Germany, Vietnam, and Panama. Retirement, as a major in 1973, brought him back to RI, where he built a home on family property in Foster and settled in as a gentleman farmer, completing his master’s degree in History and obtaining his teaching certificate. He returned to his high school alma mater, Providence Country Day, as business manager, before devoting his full time to the pursuits of retirement. Frank also became one of Foster’s busiest residents. He served on the Town Council for eight years, including two as Vice President and two as President. He was a long-time member of the library board, also serving as its president. He also spent twenty-four years as the Town Moderator and served as a deacon of Central Congregational Church in Providence. Frank indulged his life-long passion for sailing, acquiring 29 feet of wind-driven freedom and becoming a charter member of the Quonset-Davisville Yacht Club, serving many years as Commodore. He and Natalie spent countless blissful hours exploring the beauty of Narragansett Bay. Friends and family will miss his stories and insight, his razor wit and jokes, his intelligence and precision, and his deep-seated, unswerving integrity. Franklin’s legacy lives on through his four children and their spouses, Patricia (Robert) Mills, Elizabeth (Roger) Hawes, Tracy (Scott) Parker, and Preston (LaDelle) Arnold, along with his eleven grandchildren and thirteen great-grandchildren. He is also survived by his sister, Elizabeth Arnold Reynolds. Visitation will be Thursday, April 22 from 4-7:00 p.m. at the Winfield and Sons Funeral Home at 571 West Greenville Road, Scituate. Funeral services will be private. A Celebration of Life service will be held outside at the Moosup Valley Congregational Church at 10:00 a.m. on Saturday, April 24, seating may be limited so you may bring a seat and masks are requested. In lieu of flowers, please make a donation to Alzheimer’s Disease Research. In his memory, learn to sail, study history, pet a dog, or horseback ride through the woods.

On Wednesday, March 24, Major Franklin Greene Arnold, USAF (ret), passed away of complications related to Alzheimer&#8217;s, having completed a full life&#8217;s journey. This remarkable journey began in 1929 when he was born to Preston F.... View Obituary & Service Information

The family of Franklin Greene Arnold created this Life Tributes page to make it easy to share your memories.