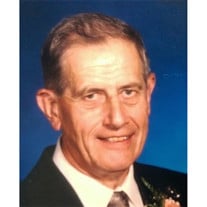 Francis Knight Searle, of Hope, RI, age 92, passed away on May 5, 2015, at home. His wife Vivian Gadoury Searle predeceased him late last year. They had been married for over 60 years. He was the son of the late Edward E. Searle Sr. and Gladys M. (Dawley) Searle. Born in Hope, RI, one of four children, he graduated from Cranston High School and studied at Brown and Northeastern Universities, and received degrees from both Rhode Island College and Boston University. A WWII veteran, Francis served as a commissioned officer in the US Navy in US, North African, European and Pacific arenas, and during the invasion of France in August 1943. Following his years of military service, he taught math in secondary grades in public schools in Scituate and Coventry, and served in administrative capacities in Coventry. He retired from teaching in 1979.His residence on a small farm in Hope was a source of deep pride for Francis, and he immersed himself in caring for animals and small livestock in his retirement. His love of the outdoors and organic gardening was evident by the amount of time he spent planting, tending, harvesting and preserving produce from several acres of gardens. He loved sharing his work with neighbors and friends, and was always distributing something delicious to eat!He is survived by twin sisters Mary (Searle) Wood of Denver, and Betty (Searle) Thurn of Hope, and predeceased by his brother Edward E. Searle Jr. He leaves five children, Charlene Jarest and her husband Jake of Rehoboth, George Searle and his wife Nancy of Hope, Arthur Searle and his wife Maureen of Hope, Kenneth Searle of Warwick, and Janet Bellows and her husband Rob of Hope. He was the loving grandfather of Jessalyn, Katherine, Rebecca, Wendy, Katie, Zachary, Abigail, Daniel, Emily, Jessica, Allison, and great grandfather of Nathan and Hazel.Francis was a member of Fiskeville Tabernacle Baptist Church and the extended church family of North Scituate Baptist Church. He was musically inclined and involved in church choirs, quartets, and was a prominent church leader for much of his life. As a lifelong resident of the area, he was also actively involved with the Hope Historical Society - preserving the community he loved.Honoring his request, calling hours are respectfully omitted. Francis will be interred at the Veterans Cemetery in Exeter, RI in a private ceremony on Saturday, May 16 at 11:00 AM. He can be remembered with donations to your favorite charity in his name.

Francis Knight Searle, of Hope, RI, age 92, passed away on May 5, 2015, at home. His wife Vivian Gadoury Searle predeceased him late last year. They had been married for over 60 years. He was the son of the late Edward E. Searle Sr. and Gladys... View Obituary & Service Information

The family of Francis Knight Searle created this Life Tributes page to make it easy to share your memories.