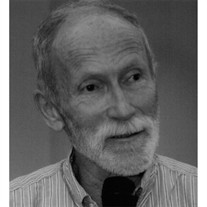 Edward (Ted) J. Turner, 69, of Middletown, RI, died Saturday, August 8, 2015 at home surrounded by loved ones after a brief illness.Born on February 14, 1946, he was the son of the late William and Mary Turner of Swansea, MA. He is survived by his wife of 40 years, Maureen O™Donnell.Besides his wife, he leaves his brother and sister-in-law, William and Janice Turner of Swansea, and their children, Christopher and Melinda, and their grandchildren. He also leaves his wife™s family who cared for him during his last days, Erin and Benson Goldstein of Maryland, Colleen O™Donnell and Roberta Cambra of Tiverton, Aileen O™Donnell of Connecticut and Laureen and Bill Fontaine of Portsmouth.Ted was employed by the State of RI, U.R.I., Narragansett Bay Campus as a senior maintenance technician until his retirement in 2013 and more recently by CompuClaim, Inc. in Newport.He volunteered for many organizations over the years including the International Yachting School, Kiwanis Club of Newport, Sail Newport, Fort Adam Trust and numerous sailing related special events. He joined the Newport Athletic Club when it opened and remained an active member until his death.If you saw Ted around Newport on his bicycle or Chappy, you might not have realized that he was an insulin dependent diabetic for 60 years. He developed juvenile diabetes at the age of 9 in the time of glass syringes and needles that needed to be boiled, animal based insulin, and no blood glucose monitoring outside of hospitals. Despite his illness, he traveled extensively, skied Tuckerman™s Ravine and in Europe, was a scuba diver, sailed, biked, and ran. He controlled his disease with quiet determination through a carefully monitored nature based diet, exercise, and continual research on improvements in the treatment of the disease. He was a participant in Joslin Diabetes Center 50-year Medialist Program and Longitudinal Study which helps identify traits and practices of those who survive many years with diabetes. This research helps more recently diagnosed insulin dependent diabetics live with their disease until there is a cure.Services will be private. In lieu of flowers, memorial donation may be made to 1 Joslin Place, Attn: The Medialist Study, Boston, MA 02215 or another organization helping people live with diabetes.Additional information at www.winfieldandsons.com.

Edward (Ted) J. Turner, 69, of Middletown, RI, died Saturday, August 8, 2015 at home surrounded by loved ones after a brief illness.Born on February 14, 1946, he was the son of the late William and Mary Turner of Swansea, MA. He is survived... View Obituary & Service Information

The family of Edward J. Turner created this Life Tributes page to make it easy to share your memories.