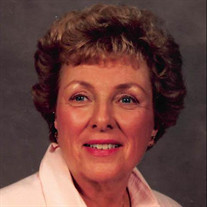 Dorothy Elizabeth Davis, 95, of Scituate, passed away on December 19, 2018 at home after a brief hospital stay as was her final wish. She was the widow of Earl Wheaton Davis. She was born in Providence on June 3, 1923, to the late Vincent Joseph and Helen Gertrude (Murphy) Diffley. She leaves her daughters: Judy Loranger and Nancy Davis and Nancy’s fiancé Simon Beard, also of Scituate; her grandchildren: Kirsten (Tipple) and husband Scott Baughan, Erin (Tipple) husband Michael Cote, and Andrea Tipple and wife Olha Motsna; as well as her five great grandchildren: Zachary, Logan, Kylie, Paige and Devin; and her siblings: Rosena Kresl and husband Del of Washougal, WA and Maureen Gilmore of Pawtucket; and many nieces and nephews. She was the sister of the late Helen Lucille Conti, Vincent Joseph Diffley, and Marguerite Petereit. Dorothy worked for the United States Postal Service (USPS) in Scituate and Pawtucket before she was appointed Postmaster in Albion, RI in 1979. She was among the first female Postmasters in RI. She executed the duties of that office with enthusiasm going above and beyond fulfilling postal regulations and the responsibilities of her office. She was recognized for her exceptional work with the Equal Employment Opportunity Commission (EEO) and also was presented with an award by the USPS for her “support of community activities in the commemoration of the United States Bicentennial Commission”. She received The RI Bicentennial Commission Award for “history making participation towards the commemoration of 200 years of American history". In 1996 she was appointed an Honorary Sergeant in recognition of “special trust and confidence in her patriotism, valor, fidelity and abilities” by the Adjutant General, Commanding General, RI National Guard. Her efforts contributed to laying the groundwork for the construction of the Scituate Bandstand and she was a participant in the bandstand groundbreaking ceremony. Following her retirement from the United States Postal Service, she worked for Bank of America and Winfield & Sons Funeral Home in Scituate well into her mid to late eighties. At the time of her retirement from the bank, she was their oldest employee. In her varied roles at Winfield & Sons, and as a life long Scituate resident, she found meaningful, rewarding work greeting, supporting, and offering the service prayers to the bereaved. Perhaps most importantly, she provided a familiar face, steady faithful presence, and a comforting anecdote or two as she often personally knew the person who had passed or the family in some capacity. As a young woman, while affiliated with the Congregation of Notre Dame, she taught at the Jacques Cartier Normal School, Montreal, Canada. She attended DePaul University in Chicago studying education and was a graduate of Saint Mary’s Academy, Providence. She had a varied career and often said “I never had a job I didn’t like” finding joy in the people with whom she worked and in getting the job done. Dorothy was an active member of the Order of the Eastern Star, Queen of Sheba Chapter, and held the office of Worthy Matron for several years. She had a strong sense of civic duty and public service. She was most often seeking ways to celebrate those who fought for our country or fighting herself for those who could not do so for themselves, whether for improvements in the schools, sending letters and care packages to the troops, or pressing the boundaries for equal opportunities. She was known for her quick wit, kind heart, and “gift of gab” as much as her perseverance and commitment to civic and community service. She evolved to become an animal lover under the the influence of a very special and charming “grand dog,” Lucky, and “grand cat,” Snoopy. She was always up for an adventure or a party, whether joining a local gym in her eighties and hiring a personal trainer, driving across the U.S., or taking on a new hobby or club like the Red Hat Society. Her strong, quiet faith was less obvious, but perhaps most defining. Her inner and outer beauty, openness, and strength shined through all that she tackled personally and professionally and, in her later years, physically. She had a unique spirit combining toughness with a gentle, faithful heart that allowed her to push through challenges. She was a true “people person.” She wanted to help if she could. Her greatest pride and joy, however, were her great grandchildren, grandchildren and children. She will be missed by each of them and by anyone who had the pleasure of knowing her. My mother No one stronger No one more generous A hard life A soft heart She taught me to push through the most trying of circumstances She wanted to make it to 100 Her kidneys didn’t I could not feel more love for another human being or have a better role model for perseverance She never said the words I love you but that would likely have paled in comparison to how she lived I love you Mom Her funeral will be held Thursday, December 27, 2018 at 8:45 a.m. from the Winfield & Sons Funeral Home followed by a Mass of Christian Burial at 10:00 a.m. in St. Joseph Church, Danielson Pike, Scituate. Burial will follow at Rhode Island Veterans Memorial Cemetery, Exeter. Calling Hours will be held Wednesday, December 26, 2018 from 3:00 to 7:00 p.m. at the Winfield & Sons Funeral Home, 571 West Greenville Road, Scituate. In lieu of flowers donations in Dorothy’s memory may be made to the Friends of the Scituate Animal Shelter, P.O. Box 14, Clayville, RI 02815, fsasri.org or Saint Jude’s Children’s Research Hospital, stjude.org St. Jude's Children's Hospital: Understands, treats, and defeats childhood cancer and other life-threatening diseases. Friends of Scituate Animal Shelter: Helping to find the perfect home for lost animals.

Dorothy Elizabeth Davis, 95, of Scituate, passed away on December 19, 2018 at home after a brief hospital stay as was her final wish. She was the widow of Earl Wheaton Davis. She was born in Providence on June 3, 1923, to the late Vincent... View Obituary & Service Information

The family of Dorothy E. Davis created this Life Tributes page to make it easy to share your memories.

Dorothy Elizabeth Davis, 95, of Scituate, passed away on December...