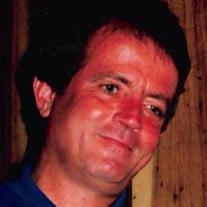 Dennis L. Bouchard, 74, of Glocester passed away Saturday, May 25th, 2019 at Overlook Nursing Home., Burrillville. He was the husband of Eileen (McCabe) Bouchard. Born in Providence, he was the son of the Late Leo E. Bouchard and Vivien (Mahoney) Bouchard. Dennis is survived by two sisters; Janice Revil, of Loma Linda, CA, and Jacklyn Carnaggio, of North Providence. He was predeceased by his sister, Linda Green. He is also survived by several nieces, nephews, great and great, great nieces and nephews. Dennis attended Rhode Island Junior College where he was a member of Phi Theta Kappa. He also attended Bryant College. He served in the Air Force for seven years with tours of duty in Vietnam and Turkey. Dennis was also an Air Traffic Control Supervisor at Lackland AFB in Texas. Dennis was active in community affairs: he has worked as a volunteer for the Smithfield Boys Club and The United Fund. For several years he served as Town Council Administrator for the Town of Smithfield where he was nicknamed “The Mayor”. Additionally, he served on the State Advisory Council for Vocational Administration. Dennis later worked for the State of Rhode Island for over thirty years as an Administrator of Workforce Development Programs for various state agencies. The last state agency being the Human Resource Investment Council. Dennis was a founding member of the MLK jr. Golf Scholarship Committee. He served as a member of the Board of Directors of Harmony Hill School for many years, also serving as President of the Board for several years. An avid golfer, he was a member of the Glocester Country Club for many years and was on the Board of Directors at the Country Club as well. Dennis was a lover of “All Animals” and a huge fan of the Red Sox, Bruins, Patriots, and Celtics. Calling hours Thursday, June 6, 2019, 9:00 a.m.-10:30 a.m., at the Winfield & Sons Funeral Home, 571 West Greenville Road, Scituate, followed by a Mass of Christian burial at 11:00 a.m. at St. Philip Church, Smithfield. Burial with Military Honors will follow at the Rhode Island Veterans Cemetery. In lieu of flowers donations in his memory may be made to the Glocester Animal Shelter, 121 Chestnut Hill Road, Glocester, RI 02814.

Dennis L. Bouchard, 74, of Glocester passed away Saturday, May 25th, 2019 at Overlook Nursing Home., Burrillville. He was the husband of Eileen (McCabe) Bouchard. Born in Providence, he was the son of the Late Leo E. Bouchard and Vivien (Mahoney)... View Obituary & Service Information

The family of Dennis L. Bouchard created this Life Tributes page to make it easy to share your memories.

Dennis L. Bouchard, 74, of Glocester passed away Saturday, May...