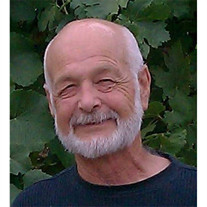 David Bruce MacDonald, 69 of North Kingstown, RI, passed away peacefully on Wednesday, September 21, 2016 at South Kingstown Nursing and Rehabilitation. Born in Providence, RI to David and Jeanne MacDonald originally of Mill Cove Rd. in Warwick, RI, Bruce was a graduate of Warwick Veterans Memorial High School and attended the University of Rhode Island. He and his wife, Susan Lentini had their first of three children when he was 21 years of age, and from that point forward he dedicated his life to being a providing father and husband. He was very active in the lives of his children and very proud of each one™s accomplishments.Those who were lucky enough to know Bruce will always remember him as a ballbreaker and a man of integrity who didn™t beat around the bush. You always knew where you stood with him. In his youth he was active in many sports including, but, not limited to, baseball, wrestling, hockey, diving, golf and basketball. When he was older he was an avid golfer and a Little League and Senior League coach for nine years for Silver lake Olneyville. He also volunteered as league treasurer.Professionally he was owner and president of Entech Sales and Service, a waste water treatment consulting company based in North Kingstown, RIBruce is survived by his ex-wife, Susan Lentini of Cranston, RI, son Daren MacDonald of Petaluma, CA, son Craig MacDonald, his wife Kate Boyle-MacDonald and their two children, Griffin and Tanner of Murphys, CA, daughter Shannon MacDonald and her daughter Gabriella of West Warwick, RIOther family members include his late brother Douglas (Eddy) MacDonald, his wife Elizabeth, their daughter, Toni MacDonald-Fein, her husband Adam, and their two children, Tess and Nathen, his sister Kay (Kathryn) MacDonald, her wife, Susan Coulter, and Kay™s son, David MacDonald Moslow, of Philadelphia, PA, his sister Heather MacDonald and her husband, William Coppage of West Greenwich, RI, and brother John MacDonald of London, England.He enjoyed watching the Red Sox and Patriots while sipping on a cold beer, but always expected the worst. He was fortunate enough to meet all his grandchildren and loved them very much.The family has chosen to honor Bruce with a small private ceremony.

The family of David "Bruce" MacDonald created this Life Tributes page to make it easy to share your memories.