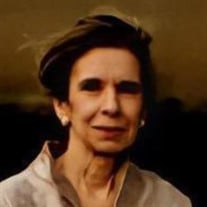 Cynthia Page Nugent Pinkston Fortune took time from her busy schedule the morning of June 28, 1941, to smile upon Edward Nugent, an electrical engineer and Sarah Josephine (Page) Nugent, a nurse and homemaker in Orange, NJ as they welcomed their daughter, Cynthia Page Nugent Pinkston.  Cynthia’s childhood was made magical by the serendipitous gift of a thoroughbred horse. This happenstance sparked an enduring passion for riding, and she developed into an accomplished equestrian. Hay fever and doctor’s orders directed her to summer by the seaside, and for many years she attended The Sisters of Saint Margaret’s camp in Duxbury, MA. Her time spent in Duxbury produced and nourished a lifelong love for sailing and being near the sea.  Cynthia, who possessed a tremendous love of learning, graduated from Brown University, Pembroke (1963) with a B.A. in classics with a major in Art and Archaeology. While attending Brown, Cynthia developed a close-knit group of lifelong friends (“The Gang”) and was admired for her wit and sense of style, ready laugh and powerful insight.  As a diplomatic spouse, Cynthia travelled extensively and indulged her fascination with classical architecture and great works of art, honing her eye for color and texture which she would use as an interior decorator and later as an art historian and archeologist. She instilled this burgeoning sense of adventure and love of travel in her children: Kimberly, born in Ecuador; Phillip, born in the Philippines; and Charles, born in Germany. Ever curious, Cynthia embarked upon many varied and intrepid adventures with her infant and 2 young children. She never missed an opportunity to take a train, plane, dilapidated Volvo or hovercraft to visit adjacent and nearby countries to explore their treasures.  In her early career, Cynthia was a docent and board member at the National Collection of Fine Arts (now American Museum of Art) and a Program Chair at the Renwick Gallery. While living in Ecuador she worked with hearing-impaired and orphaned children and coordinated a US-Ecuadorian cultural exchange program. During her time in Manila, Cynthia organized an annual Antiques & Artists Bazaar which raised significant donations for the local hospital. And while in Frankfurt, she was the only American invited to join the docent group of the Stadel Art Museum. Wherever she found herself, Cynthia discovered a way to contribute to her community and to immerse herself in the local arts.  Afforded the opportunity to dine in Europe’s Michelin star restaurants, Cynthia developed an appreciation for distinct cuisines of the world. In 1978 she enrolled in L’ Academie de Cuisine in Bethesda, MD. In lieu of tuition she performed ingredient shopping and procurement. This took her into the early morning open air markets of Washington DC. Upon graduation Cynthia could not only create culinary masterpieces but she also used her newly developed buying skills to begin a widespread Food Co-op in her McLean, VA Potomac Hills neighborhood.   The 1980’s saw Cynthia courageously battle cancer and emerge victorious. During her illness she was comforted by the enormous support she received from her eldest son and from her church, St. Dunstan’s in McLean.  While pursuing her Ph.D. at the University of Maryland (major field Pre-Columbian Art), Cynthia lectured and led tours for the State Department, the National Gallery of Art, the National Academy of Sciences and for local universities. With her idea to open the collection to the public, Cynthia established the first docent program at Dumbarton Oaks in Georgetown. During her 15 years as Docent Coordinator, she introduced thousands of visitors to this historic property, its gardens and collections. She also served as an officer and member of the Board of Directors for the American Association of Museum Volunteers. During her lifetime, Cynthia authored a prolific number of articles, academic papers and museum publications.  Later in her career, as a Laboratory Director for Boston University’s La Milpa Project in Belize, Cynthia organized the processing of over 10,000 archaeological finds while supervising college students and sharing a tent with a baby goat!  In 1999 Cynthia received a FAMSI grant to travel to Oaxaca, Mexico to further her research of archaeologist Louis Ayme. In this pursuit she led teams to explore local caves. These caves were flooded with waist-high water and housed all manner of wildlife. Not to be dissuaded, the indomitable Cynthia would wade in with her machete and oil-soaked torch aloft, earning the nickname Cindy-anna Jones from her colleagues and DangerMom from her children.  Whether she was excavating a pile of Legos on the playroom floor, searching Pre-Columbian temples for lost artifacts or scaling Machu Picchu, Cynthia dove headlong into life, even (and most especially) when she was afraid and uncertain. She taught her children, by example, to think independently, to face the world and its challenges head on, to break rules and expectations, to question fundamentals and importantly, to have fun each day while doing so. This Scholar and Educator, who lived her life in the pursuit of knowledge, could sadly not escape the wreckage of Alzheimer’s disease. On 07.21.2021, our dear mother succumbed to the complications of this thief of the mind. We will honor her spirit for years to come and know that she is now finally able to be free and to begin her next great adventure. “She is a wild, tangled forest with temples and treasures concealed within.”  J. M. Green  Our beloved treasure, Cynthia, will be buried in her family cemetery, Historic Cemetery 51, Rhode Island. The family would like to thank her friends Laurie Juliana and Helen Vogel as well as Kathleen Buday, Dr. Gloria and the team at Goodwin House. In lieu of flowers, donations will be gratefully accepted to The Alzheimer’s Association (https://alz.org) or the Joukowsky Institute for Archaeology at Brown University in her name.

Cynthia Page Nugent Pinkston Fortune took time from her busy schedule the morning of June 28, 1941, to smile upon Edward Nugent, an electrical engineer and Sarah Josephine (Page) Nugent, a nurse and homemaker in Orange, NJ as they welcomed their... View Obituary & Service Information