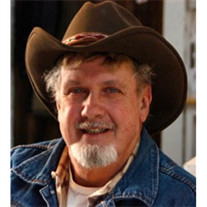 Charles J. Martineau Jr. Charlie One Horse, 78, of 20 Lakeview Drive, Smithfield passed away Monday, June 19, 2017 at his home. Charles has left instructions that his cause of death is to be listed as shot by a jealous 25 year old husband. A lifelong resident of Smithfield, he was the youngest child of the late Charles J. Sr. and Dora (Cote) Martineau.He is survived by his loving son, Corey and his family: daughter-in-law, Jennifer Martineau; grandchildren, Kyle Martineau, Sarah DaSilva, Nathan DaSilva; and brother-in-law, Raymond Monfils. He was pre-deceased by his son, William and siblings, Claire Monfils, Doris Picard and Joan Martineau. Charlie was a proud veteran and served with honor in the US Army in Europe from 1962-1967. Charles™ early work was carpentry, and he worked for several home improvement/construction companies and eventually was a partner/owner of Apple Valley Builders. He also worked for the town of Smithfield as the Assistant Manager/Head of Maintenance at the Smithfield Ice Rink. After retirement, he continued to work into his 70˜s as a school bus driver, monitor and maintenance worker for several bus companies in Smithfield, finally retiring once and for all at 75.He was an avid cowboy and horseman, one of the last of the Eastern Cowboys, owning several horses over the years and competing in equestrian events throughout New England into his late 60™s. He was a member of the West Greenwich Horseman™s Association, assisting and hosting events well after his riding days were over.Charlie was a man™s man but with a soft heart. He rode motorcycles until only several months before his death, proudly customized the paint job on his pick-up truck, was a card carrying member of the NRA and didn™t take any guff from people. His softer sides would reveal deep and abiding friendships with many people in many areas of his life, a love of flowers and gardening, and a readiness to show his love and pride in his family at every opportunity. He also had a deep love and concern for all animals. He detested hunting, regularly donated to the SPCA and showed kindness and care for any animal he encountered. He requested to be cremated and the remains of his three beloved dogs to be mixed with his for his memorial service.Charles will be deeply missed by family and friends who knew him as a fun loving, one-of-a-kind man who lived life on his own terms.A memorial service will be held from 12-2pm on Saturday, June 24th at the Elks Lodge, 326 Farnum Pike in Smithfield. Charles has requested that, in lieu of flowers, donations be made to the Rhode Island Society for the Prevention of Cruelty to Animals (RISPCA), 186 Amaral Street, Riverside, RI 02915.

Charles J. Martineau Jr. Charlie One Horse, 78, of 20 Lakeview Drive, Smithfield passed away Monday, June 19, 2017 at his home. Charles has left instructions that his cause of death is to be listed as shot by a jealous 25 year old husband.&#157;... View Obituary & Service Information

The family of Charles J. Martineau Jr. created this Life Tributes page to make it easy to share your memories.