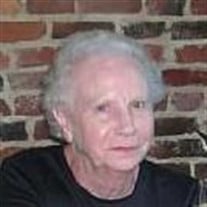 Barbara N. (Nye) Gorham, 83, a resident of Scituate for 63 years, passed away on Thursday, September 9, 2021 at Miriam Hospital. She was the wife of John Gorham, having just celebrated their 64th wedding anniversary on August 23rd. She was born in Foster to the late Ernest L. and Bertha (Borders) T. Nye. Educated in a one room school in Foster Center through the 8th grade, she then continued her education graduating from George J. West Junior High School, Mount Pleasant High School, and Bryant College. While raising their three children and supporting her husband’s professional career, she still found time to serve her community and her church, North Scituate Baptist Church, as an active member for many years. She was also a dedicated daughter to her parents caring for both of them on a daily basis in their later years. After having raised her children, Barbara embarked on a career of her own as a tax preparer for H&R Block for 25 years at the company location on Chalkstone Avenue in Providence not far from where she had attended high school many years before. She enjoyed the work and her many clients from that community. She loved nature and was a compassionate lover of animals. She was devoted to her many dogs over her lifetime that brought her great joy and companionship. She and her husband shared great memories of their many trips together with the highlight being going on safari in Kenya. She was a member of North Scituate Baptist Church, North Scituate Public Library, Scituate Preservation Society, Rhode Island Zoological Society, and Audubon Society of Rhode Island. She is survived by her husband, her three children: Timothy N. Gorham and his wife Carolyn of Wakefield, RI, Peter C. Gorham of Greenville, SC, and Rebecca G. Norton and her husband Paul of Norfolk, MA; and 5 grandchildren: Andrew T. Gorham, Katherine E. Gorham, Julianne Gorham, Allison G. Norton, and Zachary J. Norton. Her sister-in-laws: Mae Nye of VT and Desire G. Palmer of MA. As well as her nieces and nephews. She was the sister of the late Bruce E. Nye. Relatives and friends are invited to attend a Memorial Service on Saturday, September 18 at 12:00 p.m. at the North Scituate Baptist Church, 619 West Greenville Road, North Scituate, RI. Burial will be private. There will be no calling hours. In lieu of flowers contributions may be made to the North Scituate Public Library, 606 West Greenville Road, North Scituate, RI 02857.

Barbara N. (Nye) Gorham, 83, a resident of Scituate for 63 years, passed away on Thursday, September 9, 2021 at Miriam Hospital. She was the wife of John Gorham, having just celebrated their 64th wedding anniversary on August 23rd. She was... View Obituary & Service Information

The family of Barbara N. Gorham created this Life Tributes page to make it easy to share your memories.