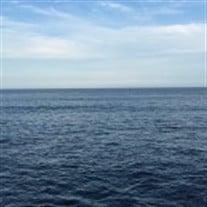 Barbara Kogut, age 95, passed away peacefully on Mother™s Day at the Scallop Shell Nursing and Rehab in Wakefield, Rhode Island. She had secure expectation of eternal life with her Lord and Savior. Born in Providence, Barbara was the daughter of John William Smith and Dorothy Evelyn (Siddall). Barbara spent most of her long life in South County but also lived in Las Vegas and Florida before returning home to Wakefield. Barbara was predeceased by her first husband, Norman W. Card, as well as her two sons, David D. Card and John S. Card. She is survived by her daughter Joanne LaBelle (husband Ben) of Kingston, her son Norman Buzzy Card (wife Bonnie) of Selbyville, Delaware, and her son-in-law Erik Thompson of Wakefield; five grandchildren: Chris Card, Kelli Card Davey, Leanne Turenne, Bethany Pratt, Nathan Card, Perrin Lassins and several precious great-grandchildren. Barbara was also predeceased by her second husband Alexander Kogut of Las Vegas, NV. She is survived by Alexander™s daughters, Donna Kiernan and Carol Menezes, and their families. After raising her family, Barbara received her nursing degree at age 52. She worked nights at South County Hospital for many years before retiring. Always full of love, laughter, and kindness, Barbara lived life to its fullest. Everyone she encountered was her favorite. A funeral service will be held at 10am on Saturday, May 27, 2017 at Curtis Corner Baptist Church, 591 Curtis Corner Road, Wakefield, followed by a reception and celebration of Barbara™s life at her daughter Joanne™s home at 178 Springdale Drive, Kingston. Burial will be private. To celebrate and honor Barbara™s joy of life, please wear something colorful. In lieu of flowers, donations may be made to Curtis Corner Baptist Church. Barbara lived her last five years with her caring, loving, and devoted staff at the Scallo

Barbara Kogut, age 95, passed away peacefully on Mother&#8482;s Day at the Scallop Shell Nursing and Rehab in Wakefield, Rhode Island. She had secure expectation of eternal life with her Lord and Savior. Born in Providence, Barbara was the... View Obituary & Service Information

The family of Barbara Kogut Kogut created this Life Tributes page to make it easy to share your memories.