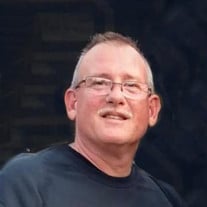 Alexander A. Harris, 57, of West Warwick, passed away unexpectedly at home on Tuesday, March 23rd, 2021. He is survived by his wife of 30 years, Nancy (Sgambato) Harris and his daughters Abigail Harris and her fiancé Joseph Rainville and Alissa Prew and her husband Santiago. Born in Providence, RI on October 6th, 1963 to Beverly (Boulton) Cottam of Boynton Beach, FL and the late Robert L. Harris Sr. of South Kingstown, RI, he is survived by his mother Beverly and step-mother Donna Harris of South Kingstown, RI. Alexander was preceded in death by his brother Christian “King of Clubs” Harris and is survived by his siblings Robert L. Harris Jr., Rebecca (Harris) Fiske, and his cherished nieces and nephews. Alex lived most of his life in Scituate, RI and took pride in his family roots and the history of the town. He was an avid story teller who dedicated his time to caring for his houseplants and mastering new recipes. He was infamous in his family for his Italian wedding soup and “Woonsocket Chop Suey”. Alex was a devoted Red Sox fan and enjoyed any New England sports game. He played the drums throughout high school and well into his adult life. He was keen on sharing music with his children, going to shows, and always had the radio on listening to the classics and exploring new genres. Alex was a loving father and husband who never missed a softball game, concert, or play. He wore his heart on his sleeve and was passionate about all aspects of his and his family’s lives. Funeral service will be held Thursday April 1st at 10:00 a.m. at Trinity Episcopal Church, 249 Danielson Pike, Scituate. Burial is private. Calling hours Wednesday 5-8:00 p.m. in the Winfield & Sons Funeral Home, 571 West Greenville Road, Scituate. In lieu of flowers, donations can be made to the “Chris Harris Tribute Fund at the National LGBT Cancer Network” or the Scituate Preservation Society.

Alexander A. Harris, 57, of West Warwick, passed away unexpectedly at home on Tuesday, March 23rd, 2021. He is survived by his wife of 30 years, Nancy (Sgambato) Harris and his daughters Abigail Harris and her fiancé Joseph Rainville and Alissa... View Obituary & Service Information

The family of Alexander A. Harris created this Life Tributes page to make it easy to share your memories.

Alexander A. Harris, 57, of West Warwick, passed away unexpectedly...